Hey guys! My FairyLoot Chain of Gold Collector’s Edition box arrived yesterday evening so I thought I’d post an unboxing for it today! Unfortunately I was not a huge fan of the items in the box or the book itself, so I will be selling the entire box at some point. 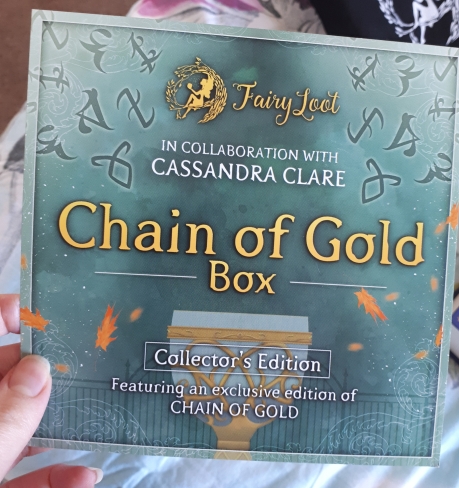 My main thoughts were that the items were nice but impractical, I already have lots of similar items and I don’t have the storage space anymore. The book was nice but I much prefer the Waterstone’s exclusive edition, which was purple and gold, so that’s why I’ve decided to sell the book too. Anyway, here’s what came in the box:

END_OF_DOCUMENT_TOKEN_TO_BE_REPLACED

Hey guys! I’m late to the party with this unboxing but I am really excited about all the items so I thought it was still worth sharing! My box shipped really late and then took four days to arrive which means that I, unfortunately, was spoiled for EVERYTHING. Very sad times but I think FairyLoot did a fantastic job with this box — there’s so many gorgeous items!

Thankfully I have better pictures this time because it’s actually light outside when I get home from work now, yay!

END_OF_DOCUMENT_TOKEN_TO_BE_REPLACED

Hey guys! I hope you have all had a wonderful Christmas/holiday! Today I am bringing you my December FairyLoot unboxing and the theme for this month was Dragons! That alone sold on me on this box but then I saw an ARC (advanced reader’s copy) and a book sleeve will also be included which sounded awesome! Unfortunately this won’t be a complete unboxing because one item is missing. There’s supposed to be Mother of Dragons Magnetic Bookmarks but they forgot to pack it! I’ll be getting that sometime in January hopefully.

So my overall thoughts on this book aren’t good. Sadly, I was really disappointed with it and I’ve only decided to keep two of the items. I just think it could have been better and it wasn’t worth the money I paid. I think there was too many paper based items this month. Definitely not their best box in my opinion! 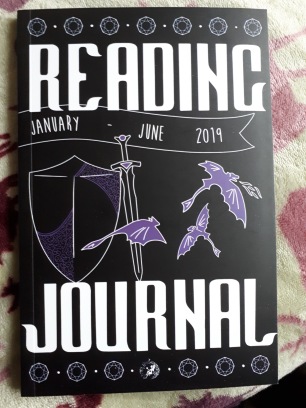 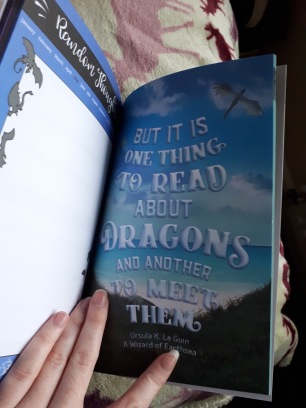 Reading Journal (Made by Fictiontea Designs and artwork by Blanca Montiel): First up is the reading journal. I didn’t really use the last one they included and that was only like three months so I definitely won’t be using a sixth month one. It’s really pretty and has some nice quotes but I just can’t see myself using it.

END_OF_DOCUMENT_TOKEN_TO_BE_REPLACED

Hey guys! My FairyLoot box actually shipped really early this month and it was delivered on Saturday! I’m so shocked because mine is normally always in the last batch but it was in the first batch this month. So I actually wasn’t spoiled which is great! Honestly, I was really surprised by the book and definitely didn’t think it would be that! There was some pretty good items, it was quite a good box this month! 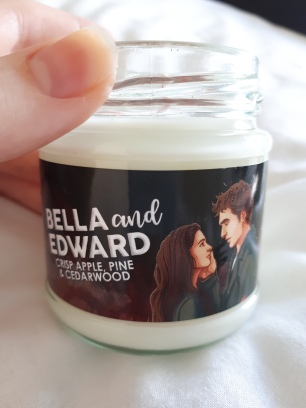 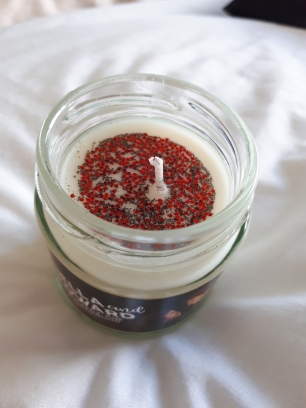 Bella and Edward Candle (Made by Nerd Poured Candles): First up is the candle and I was really excited to see there was going to be a Twilight themed item this month! The books and the films might be pretty old now but it still deserves some merchandise and this candle is actually quite nice. I think the label is so adorable and I love the glitter. I don’t normally use candles but I think I’ll be lighting this one over the weekend.

END_OF_DOCUMENT_TOKEN_TO_BE_REPLACED

Hey guys! I was really looking forward to this book and was really digging the theme. I love masquerades and some of the books they mentioned for this theme got me really excited. I really loved the items in this box, although it was not my favourite but it’s definitely worth the money I paid for it! Everything in this box looked really expensive in my opinion and I think they’ve picked some beautiful items. Here’s what was in the June box: 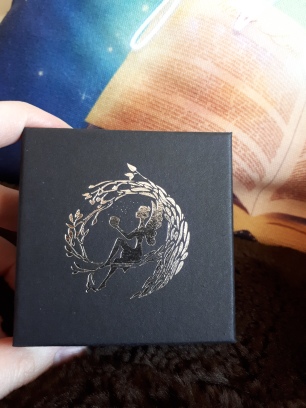 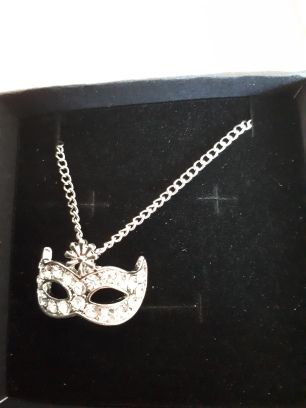 Masquerade Mask Necklace (Team FairyLoot): First up is this absolutely beautiful masquerade necklace! I was definitely not expecting this item and I was stunned! It’s so pretty and I’ve already been wearing it. The box is really pretty too, I love how it has the FairyLoot logo on, instead of just a plain black box! Sorry, I struggled to get a decent picture of the necklace but hopefully you can still see how nice it is!

END_OF_DOCUMENT_TOKEN_TO_BE_REPLACED

Hey guys! I have another FairyLoot unboxing for you, yay! May’s theme was Save the Kingdom and I just knew I immediately had to get that because I really love YA books involving Kingdoms and it sounded like it was going to be a really great box! I did really like this box and here are all the items that were included:

Exclusive Norgard Vegan Bath Bomb (Made by Little Heart Gifts): The first item I picked up was this stunning castle bath bomb! It’s inspired by the book of the month and it’s honestly one of the prettiest bath bombs I have ever seen! It’s so cute and I am so excited to use this! It is Moonstones & Berries Scent and it is cruelty free and vegan friendly which is super!

END_OF_DOCUMENT_TOKEN_TO_BE_REPLACED

Hey guys! When I saw the April theme was ‘Whimsical Journeys’ and that the card had a freaking unicorn on it, I just knew I had to get it! It sounded like a fantastic box that would have some really beautiful items and I was not wrong! This is my new favourite book (previously it was March 2017 box) and it just completely blew me away! The items are stunning! Here’s what it contained (spoilers!):

Exclusive Leif’s Ship Candle (Made by Flick The Wick): This is such a cute little candle and it is themed around the featured book of the month. It’s got a really strong smell but it’s a nice smell.

Exclusive Blackjack Enamel Pin (Made by Taratjah): This is inspired by Blackjack, Percy’s friendly black pegasus, apparently. I haven’t read the Percy Jackson books but I freaking love this cute little pin! I was completely thrilled with this item! I haven’t decided what I’m going to do with it yet, but I am definitely keeping it as it’s so darn cute.

END_OF_DOCUMENT_TOKEN_TO_BE_REPLACED

Hey guys! It has been a while since I bought a FairyLoot box, I think the last one was in July. None of the themes since have really caught my eye, but when I found out they were having a two year anniversary box this month and that it would be purple, I just had to get it! I loved the first one year anniversary box and I had high hopes for this one.

Incase you haven’t heard of them, FairyLoot is a YA fantasy monthly subscription box based in the UK. In every book you receive one recently published Young Adult fantasy book and several bookish goodies related to the book’s theme! Lets get into the unboxing, yay! 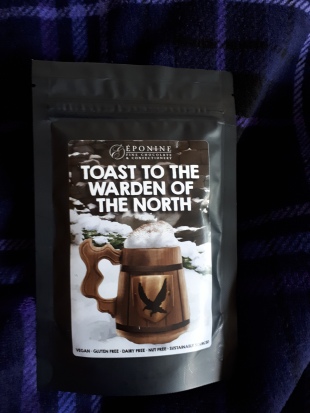 The first thing I pulled out was this packet of hot chocolate and I am so happy with it! I immediately thought it was tea or coffee and I don’t drink any of them so I was feeling disappointed. However, I perked up right away when I saw it was actually hot chocolate which I have all the time! It apparently refers to John Snow from Game of Thrones when he became a Warden of the North. I have no idea what any of this means as I don’t watch the show. But I am happy with the hot chocolate!

END_OF_DOCUMENT_TOKEN_TO_BE_REPLACED

Hey guys! I got my FairyLoot on Monday and managed to take some pictures so I can actually post my unboxing fairly quickly for once! July’s theme was Tricksters and was recommended for fans of Harry Potter, Sherlock, Harley Quinn, Loki and Six of Crows. Honestly this seemed like the perfect box for me because I adore all of those except Six of Crows but that’s because I haven’t read it yet! I really liked some of the items and the book was beautiful I’m so excited to read it! So lets get into it!

Incase you haven’t heard of them, FairyLoot is a YA fantasy monthly subscription box based in the UK. In every book you receive one recently published Young Adult fantasy book and several bookish goodies related to the book’s theme! Lets get into the unboxing, yay!

The first thing I picked up was this really cute enamel tin mug with possibly everyones favourite quote/scene from the TV show. I think this is a really cute item to put in the box and I really wasn’t expecting a mug to be in it! It’s such a cute little mug and I will definitely be using this when I’m reading and escaping to my own mind palace! I love it!