Hey guys! I saw Sasha’s (abookutopia) video on book character deaths she’s not over and I wanted to do the same on my blog as there are a lot of deaths I am not over! Some years old, others quite recent. It will contain spoilers (obviously!), so read at your own risk! 🙂

1) Newt in The Death Cure by James Dashner

I’m starting with the oldest one but still the most devastating death I have come across because I feel that it isn’t really a spoiler anymore with it being made into a movie. Seriously if you haven’t read the book or seen the movie then you probably aren’t going to at this point. I read The Death Cure such a long time ago and I am still mad at Newt’s death. He was my favourite character and he deserved a much better ending than that. My dramatic ass was so upset. It took me a few attempts to read The Fever Code when that came out because I didn’t want to see a young Newt and knowing he died. Nope. Nope. Nope. 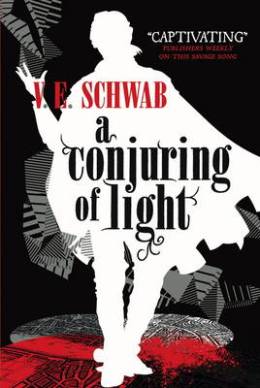 2) Holland in A Conjuring of Light by V.E. Schwab

I’ll be honest and say I didn’t really like Holland in the first book and had no intention of liking him. But then the third book happened and I got attached. Yes, he did some really awful things to Kell and others but he just wanted to save his London before it was destroyed. He was also used as a puppet against his will and made to kill people he cared about. He suffered really badly at the hands of others and it was quite devastating actually. I was so sad when he died because I wanted better for him. I wanted him to have a happy ending, to give and receive the love he deserved. He helped Kell save Red London and sacrificed his magic so that Kell’s London could survive while his perished. He was such a misunderstood character and he got treated so badly. He had such a horrible life and got the barest glimpses of happiness. He deserved better!

3) Livvy in Lord of Shadows by Cassandra Clare

I didn’t really like this book but the ending completely destroyed me. I was not expecting that ending but I should have because of the foreshadowing! Poor Livvy says the gates of Heaven open for a second when the clock chimes and then SHE DIES AND THE CLOCK CHIMES. I was crying and crying and crying. I am forever crying at Cassie’s books. She loves leaving her fans an emotional wreck and going crazy for the next book. I can’t believe she killed poor Livvy. My heart broke in two, it was such a sad ending but it was the last sentence that broke me for sure. I don’t think I’ll ever be over Livvy’s death and every time I read this, I’ll just be constantly crying and scared for the ending that I know is coming. It’s always worse reading a book again and seeing a character alive when you know they will die at the end. 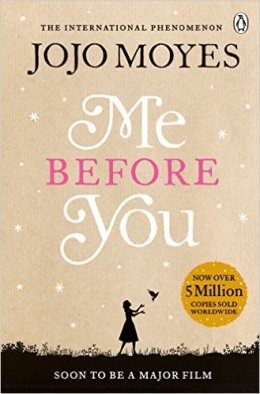 4) Will in Me Before You by JoJo Moyes

I read this last year and even now I still wish the ending had been different. I mean I do and I don’t understand why Will had to die. I’m not an expert at any the things this book dealt with but I do think he could have been happy with Lou despite his disability. Maybe JoJo let him die because no one would expect it? Going into this you expect a happy ending and get the opposite so I suppose it makes sense to shock the readers like that. I did like the book but I just wish the ending had been different!

5) Tric in Nevernight by Jay Kristoff

People are probably going to read this and wonder why I’m sad at Tric’s death but he was a really funny and quirky character. He quickly became my favourite alongside Mia and I loved them together. He also had a pretty tragic and gruesome past but he was a fighter and I loved that. I loved how close Mia and Tric became and I wanted them to stay together so badly but then he died and that is not okay. I was really devastated when he died and I felt really sad for Mia. I’m planning on re-reading this soon so I have to prepare myself for his death and I don’t like it. I hate seeing characters alive when you know they are going to die soon.

So these are five character deaths I’m not over. I could probably go on and on but I should really rein myself in at five. What are some character deaths you aren’t over? Are there any you share with me? I hope you enjoyed this post and thank you so much for reading!

5 thoughts on “Character deaths I’m not over!”