Hey guys! It’s been a while since I did a book tag. I think my last one was in June? Haven’t really seen any since that I have felt like doing but then this one caught my eye! I mean, I really like food and I really like books, so it’s the perfect book tag! To avoid repeating a lot of what I’ve said in my previous tags, I’ll only talk about books I’ve read or seen on the shelves this year. So lets get into it! 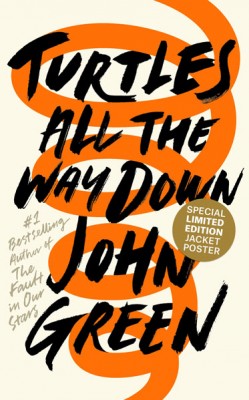 Apples: Ah. Healthy food. It is deep, meaningful, and probably won a lot of awards but, um, it really isn’t your thing.

Everyone is literally raving about this book. Like full on raving about it. It is probably a very deep and meaningful book because it’s written by John Green, but I have no interest in reading it. I have read a few of his other books, didn’t like them, so I won’t be reading this one. I just don’t enjoy his style of writing and find his books very difficult to read, even if he writes very relatable books. The only one I liked was The Fault in Our Stars so do with that what you will.

Milk chocolate: This is a book you’d recommend to absolutely EVERYONE.

This book isn’t out until next year but I read it this year and it was one of the most amazing books I have ever read. I full on loved this book and devoured everything I could about it. This is Emily’s debut novel and she is honestly so talented. This is one of those books that is impossible to forget and will stay with you. It’s an unforgettable story with an unforgettable character. Alex is in a coma after having a climbing accident two years ago. He can’t move or speak but he can hear everything that’s going on around him. Honestly it’s such a terrifying scenario because he is essentially a prisoner in his own body. I was completely captivated by this book and just had to find out how it ended. I couldn’t put it down. 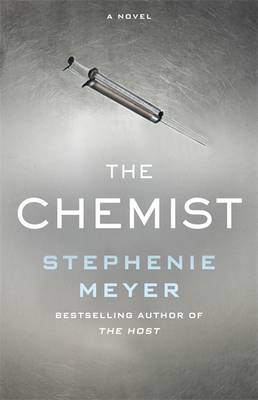 Black Jellybeans: Why do these exist??

I gave this book one star. I really, really, really did not like this book. I was so excited for it because it had been a really long time since Stephenie had published anything. But then I read it and I was so angry/disappointed. How did this even get published? I’m surprised I even managed to finish it. The start was really boring, the first fifty pages was just a massive info-dump. Then there was the sickening insta-love between the main character and this stupid guy. Then literally nothing happens for the rest of the book. That about sums this up. I thought it was a huge waste of time.

Chocolate Kisses: Awww this novel had the best romance.

This was such a difficult choice. I was torn between this one and another one but Flutter won out in the end. I was expecting this book to be a crime thriller and when I started reading it I actually realised it was about mental illness. I have no idea why I thought it was a crime thriller but I was enjoying the story enough to continue. The main character believes his girlfriend to be dead and he’s recovering from the grief that has caused him. Then he finds out she is actually alive but she is so broken she doesn’t remember him or anything about her past. So he does everything he can to bring her back and I just thought this was such a beautiful and emotional story.

Gummy Spiders: Eek! You made sure to check under your bed every night for a week after reading this scary one.

I don’t read scary books and the one I’ve picked out isn’t particularly scary. I just picked it out because it sounds like the scariest book I’ve read this year. It’s just an apocalyptic book about spiders taking over the world and eating everyone. I think I would die if this happened because I can’t stand one spider being in the same room as me, let alone hundreds of them. There is a second book and I haven’t decided yet if I’ll be reading it but if I do, I hope it’s way scarier than the first one was.

Jumbo Lollipop: This took you forever to get through, but hey! You did it!

I really did not like this book and I was so relieved when I finished it. It was just so boring and so unimpressive. The main character was so dull and she just didn’t seem to care about anything. She acted like a robot most of the time. It also felt like nothing was happening in this book. There was a lot of telling but no showing. I gave this book 2 stars. It was originally one but the ending was quite exciting so I bumped it up to 2. Couldn’t give it anymore than that though. I just really hated this book. So proud of myself for managing to finish it. 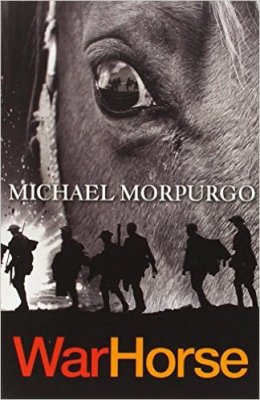 Cotton Candy: Admit it, you loved this when you were younger (you probably still do). Think children’s or MG fiction.

Obviously for this I can’t pick out a book from this year. I can’t even remember when I first read this but it was certainly years ago. I could easily read it again now and still bawl my eyes out. I don’t need to go into detail about why I love this book so much because I talk about it on my blog so much anyway! I watched the film again last month and cried again. I can’t think about this book without crying, I just can’t. I love it so much.

So I really hope you enjoyed this tag! It was nice and short and straight to the point! Hopefully you are happy with what I have picked out and I haven’t repeated myself! If you want to do this tag, go for it! I thought it was a lot of fun and it didn’t take me long to do at all! If you have already done it, please leave a link below for me to check out! Thank you so much for reading and have a lovely day/night!

4 thoughts on “The Candy Book Tag!”