Hey guys! I wasn’t tagged by anyone to do this I just saw it on Youtube and thought it was a really fun tag to do! You just basically have a little rant about things that have already happened in books. I had to think really hard about some of the questions because sometimes a book didn’t always come to mind straight away. Anyway, lets get into it!

1) Totally didn’t need to have a sequel/sequels

I didn’t have to think too hard about this because I really, really, really didn’t enjoy the last two books in the Snow Like Ashes trilogy. The first one was amazing! The world building was spot on, the characters were great and it had a solid plot throughout. But I feel like in the next two books it kind of fell apart because the plot was terrible in Ice Like Fire and the characters were so annoying. Frost Like Night was just as bad because that was putting me to sleep. I really think that Snow Like Ashes would have been a lot better as a standalone and it really didn’t need to be a trilogy.

I am going to say Allegiant for this one because that turned out to be one of the most horrendous books I’ve read. It was very messy and confusing having a point of view for Tris and Tobias. Their voices sounded too similar and each time I started a new chapter about halfway through I’d forget who’s point of view I was reading from. I’d think I was reading Tris but actually it was Tobias so then I’d have to restart the chapter and force myself to remember it was Tobias. I know I’m not the only one who had this problem and it completely ruined the last book for me. I know that in Carve the Mark she does a first person and third person point of view so maybe she learned her mistake and tried to correct it this time? I don’t know but I’ve heard it works better having a first and third one instead. 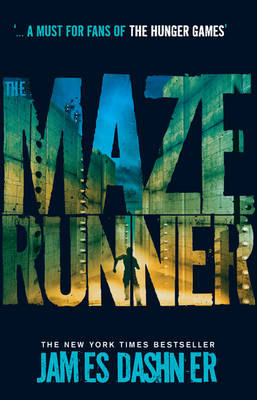 This cover change didn’t happen in the middle of the series being published, just in the middle of me reading it. I don’t know if this was for everyone but this happened to me when I started reading The Maze Runner by James Dashner. I bought the first book and then when I went back for the next three books they suddenly had different covers? And they were ugly. I did not like those covers. I was really annoyed every shop suddenly got The Maze Runner in different covers when I was in the middle of the series. The cover on the left is the one I bought and the cover on the right was the new cover. It just looks so dull and boring compared to the original one. So now I have a mismatched series, yay! I could probably find the old covers online somewhere but I just can’t be bothered. 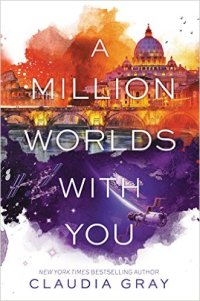 It was so obvious throughout the Firebird trilogy that Margeruite and Paul would end up together but for some reason the author still did a love triangle with Margeruite and Theo. It was so annoying because I wanted them to be together but it was made obvious from the start they never would be so why bother doing a love triangle in the first place?

I don’t really talk about the Twilight books probably because they are really old now but New Moon was incredibly boring and Bella just completely fell apart. Plus I didn’t like Jacob so it was annoying how much he was in this one. This saga could have done without this book. It did nothing for me. I just hate when authors bring in all these characters you like and then take them away for the majority of the next book. 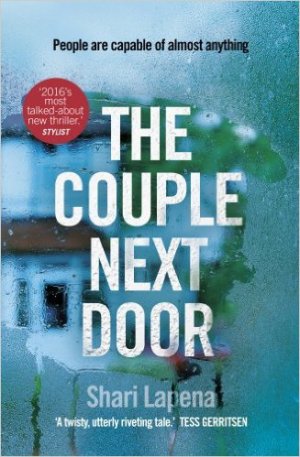 For this one I am going to say The Couple Next Door by Shari Lapena. I really enjoyed this book, it was the only book that got me out of my reading slump last year. But it kind of ends on a cliffhanger and this is annoying because I think it’s a standalone. I really wanted there to be a second book but I haven’t heard anything about a second one and the next book she is publishing has a completely different story with different characters. So I’m annoyed now that we will never get answers for the ending of the last book. I like books to be resolved at the end I am not one for cliffhangers. Like we know what happened but I want to know what happens next, where do they go from here? Nothing will ever be the same for them now and we won’t get to see that, ugh! It annoys me. 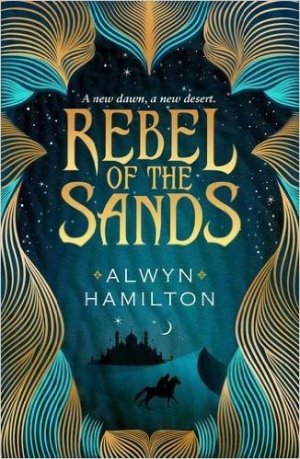 8) Totally didn’t need that much hype

I’m kinda disappointed that I didn’t enjoy this book as much as everyone else did. I bought it because it was getting a lot of hype but when I was reading it I noticed it was riddled with spelling mistakes and errors. I was really shocked that they’d published this and if they had even bothered editing it at all. Normally one or two, that’s fine it happens. But this one had so many and I just can’t ignore that. I can’t. It’s sloppy to me. I didn’t like any of the characters, I felt nothing for them. I didn’t like the plot because it felt too convenient. Every time she found herself in trouble someone would come along and save her five seconds later. It was too convenient for me and it got rid of any suspense. The second book is out now but I have decided not to continue with this series because I don’t think it’s for me.

For this I am going to have to go with The Maze Runner. I absolutely love this series, I am completely obsessed. It’s one of my favourite series ever and James Dashner is one of my favourite authors. I love his writing and his characters. His writing is just so captivating and I think he is a really talented writer. What annoyed me about the first book cover was the quote at the top “…A Must for Fans of The Hunger Games”. I hated The Hunger Games so much I just didn’t understand the hype it was getting. The first book was so boring, the second one was better but then the third book, I just couldn’t. Katniss just spent most of the book crying and shouting and I was so close to DNF’ing it. So then I was hesitant to read this book but actually I thought it was nothing like The Hunger Games. I enjoyed it so much more obviously so now I just pay no attention to quotes on book covers. I understand why they put the quote there to try and boost sales but I feel bad for the author getting their book compared to someone else’s. 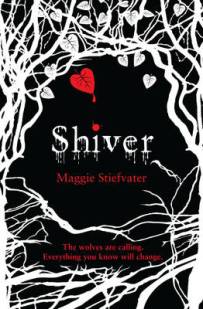 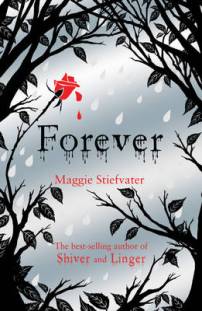 Definitely The Wolves of Mercy Falls trilogy by Maggie Stiefvater. I don’t know how but she made the next book worst than the last. My friend recommended this series to me and when she told me it was about wolves, I was like I need to read this. How have I gone all this time without reading this series? Unfortunately, I wish I had carried on without reading it. It was so, so, so bad. The plot was nonexistent, literally nothing happened over the course of three books. I didn’t like any of the characters, especially Sam. I have never come across a boy as strange as him. He was so weird. I can’t even describe his character he was so strange. I have seen other people say the same thing in their reviews so I was relieved to see I wasn’t alone in thinking Sam was one weird character. I know Maggie published Sinner which was about Cole and Isabel. Cole and Isabel… they were my two most hated characters in this series so when I saw they had their own book, I was like nope. Nope. Nope. Not even going there. Honestly I am amazed I finished the first three books but they really weren’t worthy of my time.

I hope you guys enjoyed this post and I’d love to know if you agree or disagree with any of my choices. Also if you want to do this tag, feel free. I won’t tag anyone because this is quite an old tag now so people might have done it already. Thank you so much for reading!