I started off the month really well and only bought one book. But then towards the end of the month I bought quite a lot more, oops. Here is a list of all the books I purchased in June:

1) A Thousand Pieces of You by Claudia Gray

Okay, so, I have been seeing this book everywhere lately and the cover is stunning. It really caught my eye and the synopsis sounds amazing. It definitely sounds like a book I would enjoy.

It is about a girl named Marguerite Caine whose parents are scientists and they invent a device called Firebird that allows people to leap into alternate dimensions. But then Marguerite’s father is murdered by one of their top students, Paul Markov. Before they can arrest him, he uses the device to slip into another dimension. Believing himself to be in the clear, he doesn’t expect anyone to follow him. But Marguerite is determined to catch him and chases him through various dimensions. Each new dimension she enters, she comes across a different version of Paul that opens up questions about his guilt and also has her questioning her heart.

2) Rebel of the Sands by Alwyn Hamilton

Again, another book I heard a lot about and I really had to try it just to see what all the fuss was about.

It follows the story of Amani who lives in a dead-end town called Dustwalk. The only life this place offers for women is to either wed or be dead. It is not the place to be poor, orphaned or female. Amani will do anything to escape this life and determined to see a world she has only dreamed about, she takes dangerous risks in her bid for freedom. Then a foreigner with no name turns up and with him Amani has the chance to run and escape from Dustwalk. But the desert is full of dangerous magic and Amani must decide where her future lies. 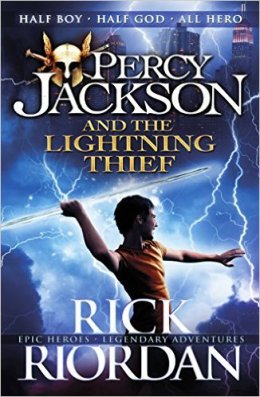 I was never really interested in reading these book when they first came out but I’ve become so curious recently and decided to buy the whole series.

I have a vague idea of what the series is about but I will include the synopsis for the first book:

Half boy. Half God. All Hero.

I was just a normal kid, going to school, playing basketball, skateboarding. The usual. Until I accidentally vaporized my maths teacher. Now I spend my time battling monsters and generally trying to stay alive.

This is the one where Zeus, God of the Sky, thinks I’ve stolen his lightning bolt – and making Zeus angry is a very bad idea.

4) The Hidden Oracle by Rick Riordan

I have been seeing this book everywhere and the cover really caught my eye, I loved it. I bought it on Amazon half price and will read it after the Percy Jackson series!

Don’t really know what it’s about so here is a synopsis:

How do you punish an immortal?

By making him human.

After angering his father Zeus, the god Apollo is cast down from Olympus. Weak and disorientated, he lands in New York City as a regular teenage boy. Now, without his godly powers, the four-thousand-year-old deity must learn to survive in the modern world until he can somehow find a way to regain Zeus’s favour.

But Apollo has many enemies – gods, monsters and mortals who would love to see the former Olympian permanently destroyed. Apollo needs help, and he can think of only one place to go . . . an enclave of modern demigods known as Camp Half-Blood. 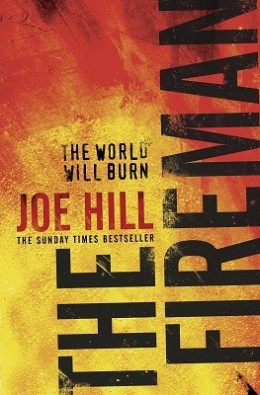 5) The Fireman by Joe Hill

Picked up this book because it sounds absolutely amazing! The cover looks awesome too it really drew me in and I was so curious when I read “The world will burn”. It kinda reminded me of The Scorch Trials by James Dashner. Obviously it will be different but they both deal with an apocalypse and the world ending. I love books like this they always spark an interest in me. Take a look at the synopsis:

The doctors call it Draco Incendia Trychophyton. But everyone knows it as Dragonscale, an incurable spore that kills its host through spontaneous combustion. A million people have it. There’s a fire on every street corner; hospitals have become funeral pyres. Civilisation is disappearing fast into the smoke.

Sunny, unflappable Harper Grayson is newly pregnant when she comes up marked and sure to burn. But her baby might be born uninfected… if she can live long enough to deliver.

Abandoned by her increasingly unhinged husband, hunted by the Cremation Squads, Harper hears a fantastic rumour: the story of The Fireman. He strolls the ruins of New Hampshire, a madman afflicted with Dragonscale who may have learned to control the flames.

In the desperate season to come, Harper will take any risk to find him and learn his secrets – before what’s left of the world goes up in smoke.

So, these are all the books I bought in June. I’ve already bought some books in July as well, so I will share them with you again next month!

Follow Divine World of Books on WordPress.com
Join 638 other followers